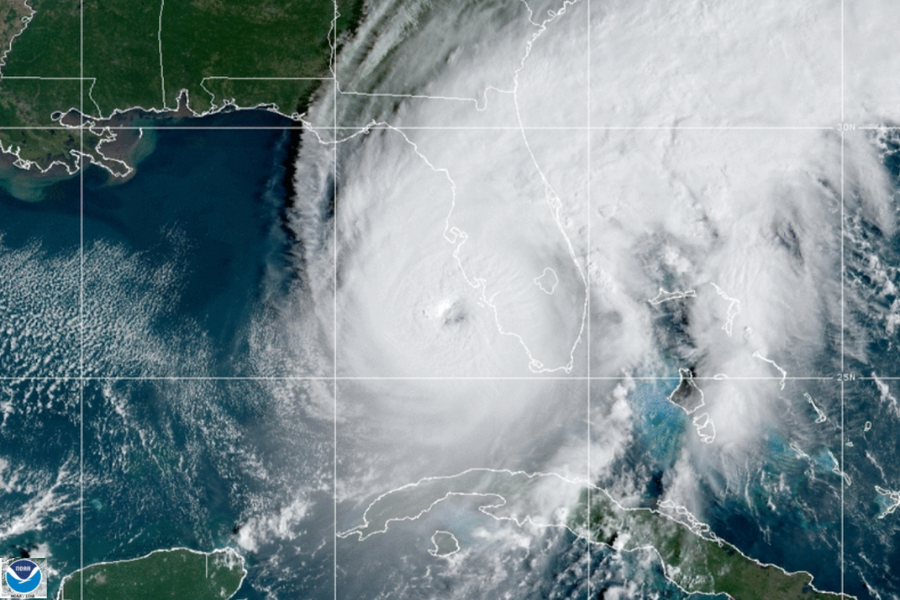 You can be there before, during, and after disasters.

Hurricane Ian, one of the most powerful storms recorded in the United States, made landfall in Florida on September 28th as a Category 4 storm with sustained wind speeds up to 155 mph (250 km per hour), a day after hitting Cuba. At least 100 people were killed across the storm’s path, which later moved back out to sea before making landfall again in South Carolina as a Category 1 storm on September 30. Thousands of people in Florida were left stranded by floodwaters.

In Cuba, the Pinar del Río province was most impacted by Hurricane Ian. Three Nazarene churches in that province experienced collapsed roofs and walls. Many families in there lost their homes, and the entire island lost power due to the storm.

Nazarene churches in impacted areas of Florida are assessing damages to their own buildings, while also mobilizing to help impacted church members and neighbors.

District leadership on the Florida and Southern Florida districts are working with individual pastors in assessing their needs and coming up with plans for assistance. Soon, Nazarene Disaster Relief groups will travel to the state to further the cleanup and rebuilding process, serving people in need in Jesus’ name.